Thanks to editor Niall MacMonagle for including my poem ‘Waking’ in the new anthology Windharp: Poems of Ireland Since 1916 (Penguin, 2015). He writes about the process of compiling this anthology here. 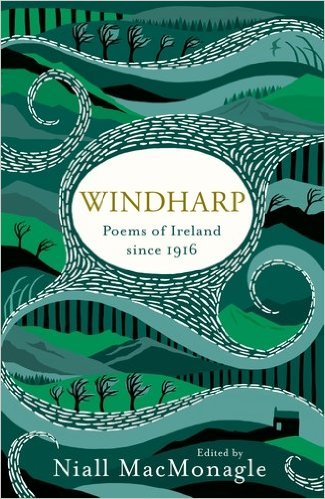 My poem is dedicated to the memory of Savita Halappanavar, who died tragically and needlessly on 28 October 2012, at University Hospital Galway. Her story moved me deeply. I still think of her often. The poem is an effort to imagine how different things might have been for Savita had a different course of treatment been given. It took many months of writing and rewriting this poem before I felt that it was finished, and the final draft is included in my most recent book ‘Clasp‘.

The filmmaker Peter Madden made a film-poem based on an earlier working of ‘Waking’, with beautiful music composed and performed by Stephen Moore. Our collaboration can be watched here, and was created in memory of Savita Halappanavar.